Lisa Seagrott, experienced a wealth of hostility from a female colleague.

Extract from the Daily Mail

'She just didn't seem to like me, even though I was senior to her, and would often make snide comments to others about me.'

Matters took a turn for the worse when Lisa began a relationship with another member of staff.

'We were both single, and there were other personal relationships between staff. I thought it was fine. But it seemed to be the trigger for so much hostility.

'One woman in particular was openly hostile. The manager never challenged this behaviour.

'I discovered senior colleagues were talking about me to their staff, encouraging them not to cooperate with me.

'I tried to ignore the pathetic behaviour as I loved my job, and my own team were brilliant, but it wasn't easy.'

On one occasion, when asked to move offices, Lisa found she had been relocated to a space which was little more than a cupboard, with no heating, windows that barely opened and a massive sign inside which said 'Danger 10,000 volts, do not obstruct'.

HER 'office' door, she says, was a fire door with a sign that read 'Keep shut at all times'. It was only when the chairman of the charity came to visit two weeks later that she was relocated.

Things came to a head in August 2015. Arriving at work one morning, Lisa felt herself starting to shake uncontrollably and her head began to pound.

'I had a full-blown panic attack and it took me about half an hour for my breathing to regulate and to be able to get out of the car.

'It was so frightening — a kind of physical manifestation of the stress I'd been suffering.

'I got an appointment with my GP the next day. She said my blood pressure was through the roof and I was at risk of having a stroke. It was both shocking and yet almost a kind of relief to hear this.'

After five months off sick, Lisa left in January 2016 and is now writing a book about bullying. She runs an HR company with her husband, but says the scars have taken a long time to heal. 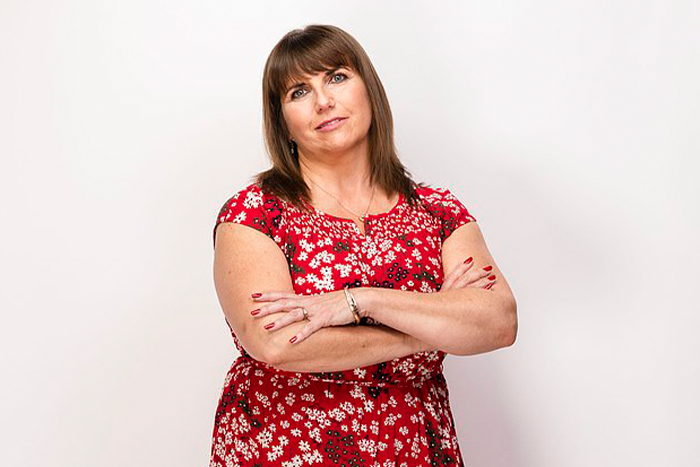